The Problem with GcMAF

One of the new players in the holistic treatment of cancer is a compound called Gc protein-derived macrophage activating factor (GcMAF). As the name implies, this naturally occurring protein activates macrophages, an innate element of immune function. GcMAF can be deactivated by the enzyme alpha-N-acetylgalactosaminidase (nagalase), which is produced by cancer cells and viruses.

As macrophages are responsible for the removal of pathogenic microbes and rogue malignant cells, the reactivation of suppressed macrophage activity has been proposed as a novel form of immunotherapy for a broad range of infectious diseases and immune-related conditions, such as cancer.

Research on GcMAF has come from Japan as animal studies or human case studies, without large clinical human trials. Most of this research involves intramuscular injections of first-generation purified GcMAF, developed by Dr. Nobuto Yamamoto, or second-generation serum GcMAF, derived from an artificial enzymatic treatment of human serum. 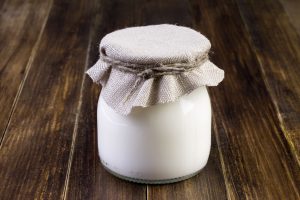 An emerging claim has surfaced that fermentations of dairy produce orally active GcMAF. This claim is based upon research with a compound called bovine or colostrum MAF whereby bovine colostrum is enzymatically processed to form a macrophage activating factor. Several websites either sell the finished dietary supplement or the probiotic culture with which to make GcMAF-containing yogurt or kefir at home.

Although there is one human case study in which oral bovine MAF was administered as part of a larger treatment protocol (that also included injected human serum GcMAF), the only paper that provides a methodology for manufacturing and assaying bovine MAF is a mouse study in which the finished product was injected directly into the small intestine of the mice.

To my knowledge, no other paper discusses an orally active form of GcMAF that has been verified by assay, and even if it were present, we have no randomized controlled clinical trials documenting an anti-cancer effect. Although we can measure a decrease in nagalase and report on an increase in quality of life in human case studies, the anti-cancer benefits of an orally active form of GcMAF as bovine MAF remains speculative.

To jump from this scant evidence to a commercially available probiotic strain that can be used to make GcMAF is therefore also highly speculative. Of the companies selling these compounds, none provide independent analysis of a finished dairy culture to confirm the presence of GcMAF. Furthermore, the method used to make bovine MAF as reported in the research literature bears no resemblance to the recipes found on these websites.

I love kefir and drink two cups of it every morning. It became the base of my breakfast smoothie, in part as an easily digestible food to prevent complications from a small bowel obstruction but also as a probiotic-rich beverage to bolster my overall health on my journey recovering from cancer. I am hopeful that dairy ferments may be a source of orally active GcMAF, but until we have a testable and repeatable protocol in place, there is insufficient data to claim that specially prepared forms of yogurt or kefir contain GcMAF.