Universal Healthcare Is Not Socialism

Longtime readers of the blog know that I occasionally report on political issues when they pertain to healthcare and medicine. (See my posts titled “The Ethics of Eating Meat” and “Guns and Drugs May Be Bad for Your Health.”) In an election year, paying for healthcare is one of the most discussed issues, with much of the rhetoric from politicians being polarized. On one side, any mention of universal healthcare is sloshed in the bucket of un-American socialism. On the other side, a single-payer option is championed as the only humane way forward.

Picking apart the socialism argument is a worthwhile exercise, because one prominent politician insists on comparing any step toward public ownership as doomed to fail, like the socialist movement in Venezuela. Due to weak public institutions, corruption, and mismanagement of oil wealth, Venezuela is not the shining example of social reform in the public interest.

Norway is the paragon of a country that wisely invested its windfall of oil wealth into what is now a trillion-dollar sovereign wealth fund. Strong institutions and high taxes fund robust benefits that include universal access to education (early childhood to university), child care, and healthcare.

Norway, like many Nordic countries and most of Western Europe for that matter, is a social democracy. These are not totalitarian socialist regimes like the former Soviet Union. A social democracy is distinct from democratic socialism in that social democracy represents a mixed economy, one where a free market and private industry still drive innovation in manufacturing. A social democracy positions government to check the abuse that creeps into free market capitalism while being the true hand of the people in maintaining public institutions. 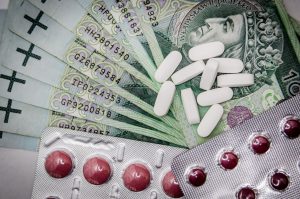 If the idea of public institutions conjures images of inefficiency and corruption, keep in mind that the private sector is just as susceptible to greed if not more. Consider predatory lending prior to the 2008 great recession. Furthermore, public institutions work well when communities see the value and participate in the political process. Schools, libraries, sanitation, and police are all tremendous social benefits to communities that invest in their upkeep.

Circling back to healthcare, let us not forget that Medicare was vehemently opposed as socialist propaganda when it was first proposed. Now, I don’t know any members of the 65-plus population who would be willing to trade in their government-run health insurance and try their luck in the healthcare exchange.

As an individual with a preexisting condition, I am eternally grateful for the healthcare exchange that makes it possible for me to have health insurance. However, privatizing healthcare has resulted in an $800 per month insurance premium for my wife and I. Even with the lowest deductible I could garner, I will still have to pay several thousand dollars out of pocket for the CT scan I had earlier this year. No one ever said cancer was cheap.

Clinicians like myself don’t see healthcare as a tool for political debate but a basic human right. To be a wealthy country and not prioritize the physical and emotional well-being of its citizens is itself a social illness.

Why then is there opposition in America when so many other countries have instituted universal healthcare? Some argue that European countries are much smaller, with a fraction of the U.S. population, and that universal healthcare is not scalable in the U.S.—especially with aging baby boomers. This didn’t stop the most populous country on the planet, China, from offering universal healthcare to all of its citizens. Doing so has not bankrupted the Chinese economy. Instead, the Chinese medical system offers traditional forms of medicine, such as acupuncture, as an outpatient service in hospitals and healthcare clinics at a tremendous savings. If a tui na doctor (a cross between a massage therapist and a chiropractor) resolves a patient’s acute back pain in three sessions, an expensive MRI is not necessary.

Perhaps it is because countries like Norway are culturally homogenous. America is not a melting pot as we were taught in grade school humanities but a tossed salad of different races and faiths trying to coexist. For universal healthcare to work, first we must agree that it is something worthy of extending to all U.S. citizens. This can’t happen if a middle-class white family living in this country doesn’t consider an inner-city black family as a neighbor.

It is an act of great compassion and forethought to want every U.S. citizen to have equal access to healthcare. Across state lines, different religious beliefs, and skin colors, we all do better when we all do better. Universal healthcare is not a token of a socialist political agenda but rather a cornerstone of democracy itself.