Guns and Drugs May Be Bad for Your Health

Opioid use and gun violence have reached epidemic levels here in the United States. At the root of each often lie addiction and mental illness. Going deeper, at the very core one will usually find insecurity and a lack of social connectedness that must be acknowledged in order to heal from and curtail the ravages of these addictions.

Opioid overdose results in numerous deaths every year. Despite this, there is no movement among legislators to render opioids illegal (though many states are imposing strict prescribing regulations on physicians). All opioid drugs have abuse potential, but their dark side should not preclude proper use in the hands of physicians.

Gun ownership may be thought of in similar terms. It has an addictive quality and abuse potential, particularly in the hands of the mentally unstable and socially bereft, yet this should not prohibit use of guns for sport or protection. 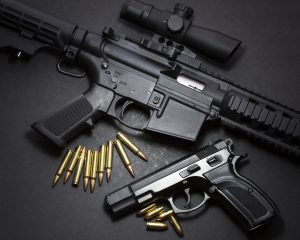 A key difference between the opioid and gun dilemmas is that opioids are not intended to cause harm, while assault weapons are. Intent makes a difference, and as such, heroin is illicit while morphine is not. Although both share a similar biochemical heritage, morphine is a “well-regulated” (to borrow the language of the second amendment) pharmaceutical that has clinical applications when prescribed judiciously.

Gun ownership can become an obsession, with elements common to addictions such as shopping or gambling. We consume things and act in ways that make us feel powerful. To possess an assault weapon not designed for hunting or civilian protection may be self-medicating feelings of insecurity, powerlessness, and distrust. In the hands of someone who is also mentally unstable, tragedies may ensue.

When the question turns to solutions, policy change is hotly debated, but the political stage is ill-equipped to address the deeper psychosocial underpinnings to the practice of amassing weaponry. Granted, it would be absurd to state that the driving force of every gun collection owner is rooted in a psychological instability; neither are all those prescribed opioid drugs feeding a latent addiction. Nevertheless, there is very little attention paid to the psychology behind an individual amassing weaponry, unlike the safeguards in place for a patient attempting to refill an opioid prescription without a follow-up consultation with a physician.

Even if gun owners required psychological evaluations before buying their fifth, sixth, or seventh gun, tragedies would still occur as those intent on harm will always find a way to circumnavigate the system. Rather, we must be alert to the possibility that some gun owners may become seduced by a culture of violence analogous to patients prescribed opioids may, unintentionally, find themselves addicted.

How can we move forward with compassion, respecting the rights and free will of all individuals while having a system in place to support those who are becoming obsessed and addicted? How can we create stability in our homes and communities in a manner that reinforces security and self-assurance? If we are to proceed with these virtues in mind, it must come with an acknowledgment of the abuse potential of many gray-area issues like guns and drugs, while being mindful of how society enables behaviors that turn medicine or sport to destructive ends.