The Ethics of Eating Meat

The ethics of eating meat extend beyond the ascribed relations of humans to livestock and humans to game.

Life consumes life, and as omnivores, we cannot separate ourselves from this fundamental, underlying ecological truth. As such, our consumption of food, whether mineral, plant, fungal, or animal in origination, must be related to in the larger context of how all species have survived over the millennia.

We began as hunter-gatherers until technology seeded our agrarian roots. Eating meat continued during this transition with far less concern for the ethical implications than encountered today. While differentially explained by cultural norms, limitations of nutritional resources, and ultimately survival pressure, the harvesting of meat to sustain life was nevertheless universally ritualized and honored by our indigenous ancestors. Such reverence for the Earth and its bounties was not in service of justifying or rationalizing away an ethical dilemma, but rather a celebration of life and the evolving continuity of all its forms. 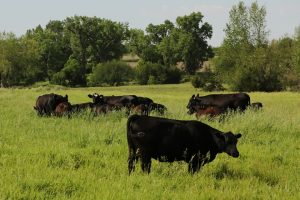 Viewed from this position, the practice of eating meat is not inherently unethical; it is our relationship to our food that makes it so. In our failure as caretakers of the land, in our irresponsible shifting away from acknowledging the dynamics of life and death in favor of consumer-driven images of unilateral growth and expansion, we have birthed our modern ethical crises. Where balance and respect once reigned, industrial food production has inserted an ethical problem instead.

For the better and for the worse, our human species has populated the globe. Unless we champion eugenics or mass sterilization of the public, raising and consuming livestock will remain a requirement of our continued success. Meanwhile, to not strive for a sustainable food production system that leverages the abundance of pastoral acres (due to the relative lack of tillable acres) to feed the world is to condemn our species. We see nothing ethical about committing genocide by converting the entire world’s population to vegetarianism.

Referencing the traditions of our ancestors, eating meat is none other than a representation of a perennial wisdom—namely, that the spiritual essence of the animal you consume lives on in you. You incorporate its flesh into your own. Its cells become your cells. By welcoming this animal into your being, it travels with you, dreams with you, evolves with you, and dies with you to be reborn again in the soil and all that profits by it.