I’ve become increasingly interested in the nature of water after reading Dr. Tom Cowan’s book Cancer and the New Biology of Water. There is a lot more to water than two parts hydrogen and one part oxygen. Water is a living, breathing element and there is a substantial difference between stagnant, denatured water and vibrant, nourishing water.

The Western medical position on water is somewhat qualitative (drink clean water), and mostly quantitive (drink enough water), to optimize hydration. In Eastern medical thinking, quality supersedes quantity. Pure, enriched water will hydrate much better than empty, unstructured water. Before diving in (water pun) to all the various ways and means to alter water, be forewarned that this post contains a fair amount of speculation due to the slippery nature (water pun #2) of the topic. It is my intention to lay out the salient research to stimulate discussion, perhaps generating a best practices document for publication at a later date.

Following the assumption that water flows from the tap polluted, we begin by detailing all the ways to interact and improve the quality of water. The first step is purifying water via filtration (my preference) or reverse osmosis (effective but inefficient). This removes impurities such as disinfectant byproducts used by municipalities. Well water is often better, but should be regularly tested for pesticide or herbicide run-off in agricultural areas and high bacteria counts from leaking septic systems.

The ionization of water through electrolysis can result in raising the pH by the addition of hydrogen or leaving the water neutral but increasing the hydrogen concentration. I’m less persuaded by the argument to raise the pH of water (protons) and am more interested in the alteration of the oxidation-reduction-potential (ORP) of water (electrons). This gives water an antioxidant potential with analogous benefits to eating fresh fruits and vegetables.

Even without changing ORP, increasing molecular hydrogen in water appears to have unique health benefits that are worth exploring. Research in animals—studying over 60 different disease processes—has shown benefit from either inhaling hydrogen gas or drinking hydrogen water.

The next question is, can we increase oxygen potential in addition to hydrogen? Water “breathes” while in a vortex (also known as an eddy in fluid dynamics) and this beneficial movement of water can be created via a “flow form” as discussed in biodynamic agriculture and by Viktor Schauberger. Modern vortex devices have become commercially available that are purported to restructure water.

Structured water is a generic term for water that aligns itself in a particular molecular configuration. Also known as exclusion zone water, structured water marks a distinct 4th phase that water can occupy (in addition to solid, liquid, and gas) that may have unique properties in a biological system. This is work of Dr. Gerald Pollack. 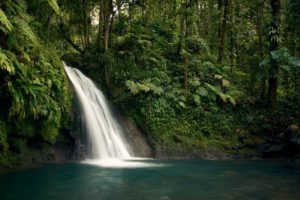 One need not purchase an expensive water vortex device to structure water. Whenever water moves, it pulls oxygen from the ambient air. A vortex may do this best, but I wonder if a magnetic stirrer used in a chemistry lab would provide a similar benefit at a fraction of the cost?

Exposure to sunlight (and specifically infrared radiation) also powerfully structures water. Exposing a clear glass container of water to direct sunlight takes only a south-facing window and a sunny day.

Water has an isotope known as deuterium that exists as few scant drops within a quart of water. Chemically it is represented as D20 rather than the more familiar H20. Deuterium’s role in human health (if any) is unclear, but some have suggested it has potential to interact with DNA in a way that may predispose malignant changes within the cell. Research is being conducted to answer this question. Time will tell if deuterium depleted water becomes a staple strategy in integrative oncology.

Deuterium can be depleted from water through fractional distillation at water processing plant. This is a very expensive endeavor and, thus, inaccessible to the average person. I am unaware of a method that can be done at home that appreciably lowers deuterium. Deuterium depleted water can be purchased in bottles, but it too is cost prohibitive for the average household.

If considering testing along these lines, I am aware of two companies that have home test kits to measure deuterium load in the body: a breath test from the Center of Deuterium Depletion, and a saliva test from Source Energetix. I have not performed any of this testing on myself or my patients, but I am curious to see if deuterium levels in tissues are highest in cancer patients. Correlation does not prove causation, but making that observation is the first step in testing the hypothesis.

We’ve discussed removing bad stuff from water, but is also important to put good stuff back in. Purified water (especially reverse osmosis water) needs to be remineralized by the addition of minerals (humic/fulvic are my preference) or purified seawater (an excellent choice but more expensive).

An ultra cheap and effective option is adding a pinch of mineral-rich, unadulterated sea salt to a glass of water. For those on a sodium-restricted diet, this is a negligible amount of sodium if choosing a brand of salt high in minerals and used in minute amounts.

Looking over these interventions as a collective process, I am left with a question of synergy—can the chemistry of alkaline water contain more oxygen and better maintain structure? If so, is that by virtue of the higher pH or total H2 content? Or is swirling water and exposing it to sunlight sufficient?

I am also exceedingly curious if drinking hydrogen-enriched water would naturally deplete accumulated deuterium stores in the body? Such an effect could be quantified with a before and after deuterium testing and drinking water from a home device that dissolves hydrogen gas into water.

There are other likely negligible features of water, such as microclustering of H20 molecules, thought to increase hydration. Overall, I’m confident that ionizing, structuring, and remineralizing purified water would render it categorically more hydrating and healing than tap or bottled water.

As you may recall from high school chemistry, water is the universal solvent. If we treat water like a living component of optimal health, as opposed to a resource to exploit, it just might offer a lot of healing potential in return.