One bug, one drug—such is the philosophical undercurrent to allopathic medicine.

Sometimes that principle works. I suffered for three weeks with pneumonia before the right antibiotic enabled my recovery. Even if the overwhelming majority of microbes that constitute the microbiome and virome support life and diversity, the human body can get overwhelmed when imbalanced.

While reductionism is well suited for pharmacology, synthesis thinking is necessary to best understand systems in ecology and biology. Health issues are rarely as simple as one microbiological or genetic ill that can be cured by a single pill.

So too it is with the COVID-19 pandemic. Nuance abounds and layers of truth are being revealed as the SARS-CoV-2 story unfolds. While the dominant media narrative is focused on one virus and a vaccine solution, two other layers eclipse the germ part of the story. The fate of our collective evolution depends on adherence to a holistic paradigm. In order of importance, these layers are:

We are not self-contained organisms bouncing off one another in a vacuum. The health of nature is reflected in the health of our bodies and minds. Thus, there are aspects of environmental medicine that underlie or have influenced the severity of the pandemic.

Small-particulate air pollution is the most compelling association. Authors of a recent cross-sectional study of air pollution in the U.S. and mortality from COVID-19 concluded that “a small increase in long-term exposure to PM [particulate matter] 2.5 leads to a large increase in the COVID-19 death rate. Despite the inherent limitations of the ecological study design, our results underscore the importance of continuing to enforce existing air pollution regulations to protect human health both during and after the COVID-19 crisis.”

This shouldn’t come as a surprise; the scientific community has known that seasonal flu correlates with air pollution. Correlation does not imply causation but comes with the likely mechanism of small-particulate air pollution exacerbating lung conditions and increased suspension of aerosolized viral particles increasing viral load. An additional mechanism is nitrogen dioxide exposure.

An association between the rollout of millimeter-wave 5G has also been proposed as a contributor to the severity of COVID-19. Even with authoring a book detailing the science of electromagnetic fields (EMFs) as a potent human carcinogen, I am cautious with this claim. On one hand, there is no published literature on the connection between 5G and COVID-19. On the other hand, anything that exerts significant biological pressure, such as non-native electromagnetic fields, will cause breaks in the chain of resilience.

COVID-19 appeared as 5G ramped up in Wuhan between September and November 2019. Other 5G hot spots include New York City and the Diamond Princess cruise ship. Although only correlation, the possibility intrigued me after I became acquainted with the work of Arthur Firstenberg. His book “The Invisible Rainbow: A History of Electricity and Life” documents the relationship of flu-like illnesses to solar flares and non-native EMF proliferation.

I don’t think 5G microwave radiation is causing COVID-19, but I’m also quite sure 5G is not doing human beings any favors. We already have ample evidence of biological harm from 3G and 4G technology. Because research into the frequencies of 5G is scant, we should apply the precautionary principle until this matter can be thoroughly studied. My fear is that it never will be. This is not an area likely to receive research funding, and there are methodological challenges to implicate 5G exposure with upper respiratory symptoms.

Human terrain is the internal state of homeostasis and resilience predicated upon ecological health and thus the primacy of environment. Tending to terrain includes the basics of human health: fresh air, sunshine, eating unprocessed food, drinking pure water, sleeping seven to eight hours a night, being active, and maintaining mental and emotional peace.

Attention to all these things can decrease the likelihood of infection and disease severity, because healthy terrain equals a healthy immune system. Contrast this with unhealthy people who are most susceptible to COVID-19. According the CDC, 94% of COVID-19 deaths in the U.S. occurred in people with comorbidities.

Perhaps those most scared by the pandemic—those who have been living an unhealthy existence—are feeling vulnerable for the first time. It is easy to “kick the can down the road” with chronic health issues, but a potentially fatal acute health crisis is a bull’s-eye on the back of the overworked, stressed, malnourished individual.

Two health trends are being studied for their influence on COVID-19 severity. The first is blood sugar dysregulation, most common in those diagnosed with metabolic syndrome and Type 2 diabetes. Yet even someone without one of these diseases can consume excess sugar that causes immune disruption. Preprint research suggests that the coronavirus relies heavily on sugar to replicate. Therefore, elevated blood sugar potentially contributes to increased viral load. Eating sugar has never been good for optimal health; now amidst a pandemic, sugar may be even worse.

The other factor is low vitamin D. Several studies have shown an association between vitamin D deficiency and increased COVID-19 severity or mortality. It’s not clear whether the role of vitamin D is preventive or effective as treatment, but 24 clinical trials have been registered that will attempt to answer this question. Increased vitamin D from summer sun may explain the drop in COVID deaths during these warmer months of the northern hemisphere.

In addition to controlling blood sugar and maintaining a sufficient vitamin D level, many other commonsense measures exist. For a quick but dense summary of several strategies to optimize terrain, give a listen to a recent podcast with Dr. Mark Hyman, physician and head of strategy and innovation at Cleveland Clinic’s Center for Functional Medicine.

Traditional Chinese medicine (TCM) acknowledges pathogenic invasion of the body. Seminal texts of TCM from the second century describe disease transmission as a process moving from exterior to interior. The term used in TCM to describe this invasion translates as “pathogenic influence” and is broad enough to encapsulate disease stemming from a microbial infection or toxin/toxicant exposure. As the pathogen is encountered, the body’s response to it is categorized and guides the appropriate treatment. The wise physician strengthens the body to resist the disease before it worsens or, better yet, offers guidance for prevention.

By the 17th century, TCM physicians also developed the concept of “pestilence influence” as the predisposing factor to epidemics. TCM scholars did not forsake the importance of resilience but rather added to it with the observation that there are contagious diseases presenting with similar symptoms that are not tied to climate, may occur in any season, and generally enter through the nose and mouth. This premise precedes germ theory by 200 years.

In the West, the concept of pathogens as a cause of disease surfaced in the 19th century as germ theory. The antibiotic revolution followed, and medical science made valiant but misguided attempts to sterilize the body until the discovery of the microbiome in the late 20th century. Now the human virome is being studied with the emerging realization that we are swimming in a sea of genomic particles (whether called viruses or exosomes) that support global health and diversity. Consider this passage from Lewis Thomas, author of “The Lives of a Cell: Notes of a Biology Watcher.”

… Viruses, instead of being single-minded agents of disease and death, now begin to look more like mobile genes. Evolution is still an infinitely long and tedious biologic game, with only the winners staying at the table, but the rules are beginning to look more flexible. We live in a dancing matrix of viruses; they dart, rather like bees, from organism to organism, from plant to insect to mammal to me and back again, and into the sea, tugging along pieces of this genome, strings of genes from that, transplanting grafts of DNA, passing around heredity as though at a great party. They may be a mechanism for keeping new, mutant kinds of DNA in the widest circulation among us. If this is true, the odd virus disease, on which we must focus so much of our attention in medicine, may be looked on as an accident, something dropped.

Even if the overwhelming majority of viruses/exosomes are harmonious with human life, it is important to underscore that with SARS-CoV-2 we are dealing with a transmittable and rapidly spreading piece of genetic material that is causing immune disruption. Yet the virulence of the coronavirus is less contingent on the germ than the resilience of human terrain and health of the environment.

Cases may increase this fall and we may all be exposed before a vaccine becomes available, but deaths can decrease during that time (as they already have this summer) if we go back to the basics of human health and obey the laws of nature. In the short term, this means tending the garden of our terrain and reinforcing wellness. Prior to the pandemic, it was possible to rationalize poor health choices as only affecting the individual. Now, the degree of your resilience impacts those around you. This has always been the case, but now it is imperative to be responsible for our health to strengthen our communities. 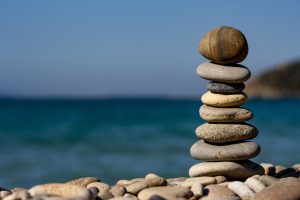 For the long term, we must acknowledge that we are each one strand in the web of life and that our collective actions polluting the planet weaken our species and threaten biodiversity. Few have the foresight to realize that preserving the rainforest or cutting carbon emissions can be anti-pandemic strategies, but in the thick of a breakdown in biological resilience, it would be prudent to adopt an ethic that will help curb this pandemic and perhaps prevent the next.

Some may question the pertinence of a discussion on environmental contributors and optimizing terrain in the middle of a pandemic. To this I respond: There has never been a better time to revisit the fundamentals of human and ecological health.

Integrative and holistic practitioners have been operating on the sidelines of the conventional medical paradigm. Some have been outspoken, highlighting the inadequacies of reductionist thinking, but most have been quietly making the world a better place one patient at a time. As vanguards of synthesis thinking, holistic medical providers are consummate reminders that what we need to heal as one people is just on the other side of fear.

The pandemic of fear will outlast the pandemic of this virus. Let us use this moment as an opportunity to seed the next generation with a holistic vision for the future. May those unborn someday learn that this was the time in history that humanity sought a deeper harmony with nature and an integration of traditional healing wisdom.