Is the Coronavirus an Exosome?

I’ve been thinking a lot about the content of an interview in which Dr. Zach Bush introduces the notion that viruses are synonymous with exosomes, fragments of genetic material (microRNA) that communicate danger within a species and enable adaptation. Exosomes represent the possibility of rapid evolution. This is a fascinating proposition, and a reasonable one given the slow crawl of natural selection. 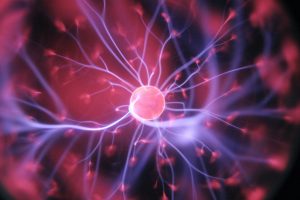 The difference between viruses and exosomes may be semantic, with the former being internally generated by humans and the latter having some other (perhaps ancient) origin. In either case, both are elements of microRNA signaling and collectively comprise the human virome. Just as science has made incredible breakthroughs in understanding the role of microbial diversity (known as the microbiome) to enable human life, so too are we on the cusp of a revolution of our understanding of viruses.

Dr. Bush posits that cyanide poisoning from air pollution and gut microbiome disruption by glyphosate are the main causative factors behind the illness associated with COVID-19, though I would add toxicity from 5G and the seasonal flu vaccine as contributing factors. The exact mechanism is still unclear, but if we start with the supposition that viruses, exosomes, and microRNA are synonymous (as I believe they are), then perhaps what is being falsely implicated as viral transmission/contagion is a detoxification reaction.

Put another way, environmental pressures have increased in severity to the point that humans began excreting exosomes to signal the rest of our species with the microRNA necessary to incite a cathartic detoxification. The only problem is that some people are sick enough (due to comorbidities) that the healing crisis is fatal. But nature isn’t as invested in protecting the weak; instead it selects those most adaptable to change. That should be a wake-up call to a sick American population that is chronologically young but biologically old.