A Crisis of Consciousness in Today’s Healthcare System

Modern western healthcare is expensive. The United States has the highest healthcare spending at 17 percent of its gross domestic product, nearly twice as much as other developed countries. Given the current economic climate, we need to ask some difficult questions to evaluate whether our chosen healthcare system provides value, equity, and compassionate care to all recipients.

What are we to make of a healthcare model that is incentivized to fix what is broken rather than curtail what could have been prevented? Why do Americans pay an order of magnitude more than other countries for the same treatment?

Even in the United States, there’s an inconsistent and outlandish markup on certain drugs and procedures across hospitals. In one example, a generic brand of Tylenol® distributed to an inpatient at The University of Texas MD Anderson Cancer Center was marked up 10,000 percent from what a consumer would pay purchasing the same drug online.

How can we have any faith in health insurance companies that are profitable when they are not paying claims? Clearly something is out of balance between the healthcare industry and the needs of the people. Has humanity become a victim to the bottom line? 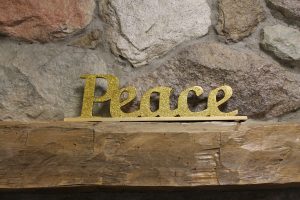 The core of medicine is compassion, the alleviation of suffering, and this can take many forms. It can be as complex as brain surgery or as mundane as applying a cast for a broken bone. Compassion in medicine can also take the form of words of encouragement, a heartfelt handshake, or a sympathetic hug. Whatever blunts compassion limits healing. This is where the business of medicine becomes a liability.

As a private business owner and provider for my family, I am acutely aware of the need to make a living. What helps me sleep soundly every night is knowing I have been able to do so in a way that provides the maximum amount of value to my patients.

I have never believed in charging what the market can bear just because I could. Living in a rural area of predominately working-class citizens and coming from a working-class family myself, I reject the notion of offering a service that could potentially alleviate suffering just out of the financial reach of my neighbors.

My personal peace comes from offering acupuncture care via a group setting. Following private consultations, patients settle into lounge chairs in the clinic’s comfortable community room, where treatments are administered in a community setting. Though other patients are in the room, relaxation prevails as many close their eyes and drift to sleep. Conversation is kept to a minimum, and soft music plays in the background.

With a fee schedule based on a sliding scale, “community-supported acupuncture,” as it has come to be known, reduces the cost of a single acupuncture session to that of a typical insurance copay. Patients are encouraged to pay what they can afford within a fee range and budget themselves for a series of treatments. Aside from the catch of having to be treated alongside other people, the benefits of accessibility far outweigh the occasional snoring fellow patient.

Other acupuncturists who have adopted this model are a part of a growing movement in healthcare to sidestep the health insurance industry and deal directly, and affordably, with the patient. Many of us feel that the word “healthcare” is a misnomer, as there is little focus on prevention.

Yet we are given higher incentives for costly procedures to avert a crisis and encouraged to promote expensive long-term drug therapies without educating patients about a healthier lifestyle. The term “disease care” has been coined to highlight this disparity.

I’d like to think that there are analogous models for medical doctors to provide exemplary care for the cost of a copay, but the truth of the matter is that Western allopathic care is an expensive form of medicine in its current model in the United States.

Pharmaceutical companies charge for drugs (the most expensive drug being Soliris®, topping out at $569,000 per year) to an extent that financial empires are created). Inpatient procedures and long hospital stays create medical bills, which are the leading cause of personal bankruptcy in the United States.

Although one could argue that exorbitant medical costs are a legal form of price gouging, I believe them to be an emergent (and unfortunate) phenomenon of the profit-driven medical industrial complex. It is a sad social commentary that we cannot leverage the power of democracy to equalize the economic playing field for something so important and basic as healthcare and reform the system to make it accessible to all, regardless of wealth or poverty.

What we can do is make individual choices that bring that vision, and therefore that world, into being. The change must begin within our collective consciousness. For my part, I wake up every day knowing that I am taking an active role in making holistic healthcare accessible to as wide a segment of the population as I can. Perhaps I will never become wealthy doing so, but I am unwilling to sacrifice my conscience for the sake of monetary gain. At the end of the day, I sleep easy having been nourished by compassion both given and received. This makes me a very rich man.