Reflux: Too Much or Not Enough Stomach Acid?

It used to be considered common knowledge that indigestion, or heartburn, was a sign of dietary indiscretion. Taking an antacid was the typical means of treatment. Trying to stay ahead of the game, one might avoid suspect foods or take a natural remedy to improve digestive function. Now a pharmaceutical drug is prescribed to treat a full-blown disorder.

Gastroesophageal reflux disease (GERD) is a disorder of chronic heartburn. GERD may also be a silent cause of breathing issues if ascending stomach acid irritates the bronchioles. The condition is thought to be caused by overproduction of stomach acid that gets pushed up into the esophagus. Holistic medicine posits an opposing view of the underlying cause, that reflux occurs due to impairment of proper digestive function. 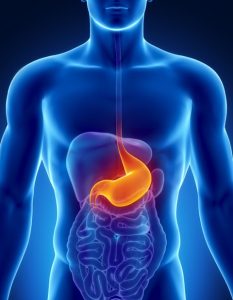 Chewing and tasting food allows the tongue to signal the brain to prepare the stomach for digestion. The gut and brain together decide how much gastric acid is needed to further break down food. Parietal cells secrete gastric acid until the pH of the stomach gets to be 1 or 2 (very acidic), liquifying the stomach contents. When this occurs, the sphincter surrounding the duodenum opens up to allow the liquified contents to pass through to the small intestine. If this system works adequately, a moderately sized meal should exit the stomach within two hours.

More common is reflux after a meal, especially when lying down. This is typical of insufficient stomach acid slowing the digestive process and preventing the stomach from emptying in a timely fashion, known as gastroparesis. With less acid in the stomach, the signal to tightly close the hiatal sphincter is weak and the esophageal opening is compromised. Picture the stomach churning and trying to do more work with less acid. This combination results in stomach acid being pushed up the esophagus, causing reflux.

The solution is to utilize remedies that improve digestive function and ensure proper stomach emptying. Taking a reflux drug will give symptomatic relief but further blunts digestion. In turn, larger and larger particles of poorly digested food pass into the small intestine. If enzymes, bile, and intestinal flora cannot complete the job started by the stomach, these larger food particles can act as irritants, trigger an immune response, and promote inflammation.

Another problem associated with decreasing stomach acid production is malnutrition. The parietal cells that produce gastric acid also release a compound called intrinsic factor into the stomach. This compound is necessary for the absorption of vitamin B12. Impairing the function of these cells can lead to a B12 deficiency, especially in susceptible populations such as the elderly. 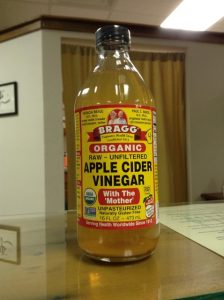 If reflux occurs after a meal, it’s possible the problem is gastroparesis due to insufficient gastric acid. See if a digestive aid improves the problem. Taking 1-2 tablespoons of raw, organic apple cider vinegar in a little water prior to a meal will likely improve reflux of this type by supplementing the gastric acid. Another traditional remedy is Swedish bitters, taken after a meal to encourage the parietal cells to excrete stomach acid by stimulating bitter receptors in the lining of the stomach. If these approaches mitigate the problem to an extent but reflux persists, betaine hydrochloride tablets are a stronger option.

Healing from reflux also requires eliminating irritants. Processed and refined foods, sugar, spicy foods, and alcohol can all contribute to reflux. Eating too large a meal or drinking too much water with a meal (diluting stomach acid) can also weaken digestion. Digestion can be enhanced by consuming homemade sauerkraut and other raw, fermented foods with meals.

If suffering from reflux, don’t settle for a “bandage” solution. Instead get to the root of the problem. Proton pump inhibitors are appropriate for those who genuinely overproduce gastric acid but were designed for short-term use only. Taking them for years further degrades digestive vigor for someone not producing enough stomach acid. Clean up your diet, and try one or more of these natural remedies to reclaim your digestive health and live free of the symptoms of reflux.