This February marks the one-year anniversary of the release of my first book, “Cancer and EMF Radiation.” It has been a successful publication, leading to several radio interviews, and I have appreciated hearing from readers all over the world. Some of those responses highlighted deep concern about the proliferation of electropollution, particularly the rollout of 5G by the telecommunications industry. Despite my best efforts to educate on this issue—especially within the cancer community—the contribution of non-native electromagnetic fields (EMFs) as a potent human carcinogen remains a fringe issue.

One increasingly insidious and invasive source of higher-frequency EMFs is smart meters, digital power meters placed on the outside of a building to monitor energy usage. These meters are deemed “smart” with their near constant surveillance of energy usage and ability to communicate with nearby meters to report data back to a central monitoring station. As explained in my book, digital meters operate in the radiofrequency (or microwave) band of frequencies that is damaging to human biology. 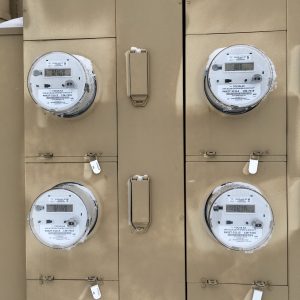 That hasn’t stopped power companies like We Energies from installing smart meters across Wisconsin.

It was mid-December when a recorded message informed my family that a new meter would soon be installed on our property. Being somewhat well versed in this issue and not wanting a smart meter anywhere near our living space, I wasted no time calling We Energies with my list of questions.

After a customer service representative could not answer any technical details about the new smart meter, she filed a request for the project manager in charge of new meter installation to contact me and hold off on any installation until I had an opportunity to review the relevant data. On Dec. 31 I received this voicemail from the manager of meter technology:

Hey, Brandon. This is _____ with We Energies. I’m calling because our care center said you had some questions about your electric meter. If you still have questions, you can call me back. I’ll send you an informational letter as well. You might want to wait until after that letter to call me back once you have specific questions. My number is _____.

Apparently that brief message, in which it was suggested that I wait for the letter to arrive, was enough to mark my case as resolved, because on Jan. 2 a technician arrived on our property ready to install the new meter. I was at work, but my wife immediately called the clinic and handed the receiver of our corded phone to the technician so I could explain that I was unable to connect with the project manager to get answers to my questions. She held off on installation of the smart meter but warned that not accepting the new meter would result in our power being shut off at a future date.

I was able to reach the project manager via phone later that day. Note that I went into the discussion knowing full well that I had no option but to accept a smart meter if I wanted to keep my electric service. While some states have passed legislation allowing energy customers to opt out of smart meter installation and retain an old analog meter due to health and privacy concerns, Wisconsin does not allow opting out.

I let the project manager know the installer stopped by earlier in the day, so the order wasn’t on hold until I had a chance to receive his letter and get answers to my questions. I then asked about the new meter’s power output, frequency, and pulse rate and was told the meter transmits every few seconds in bursts of four-hundredths of a second for an average daily total of 83 seconds. He referred me to the Federal Communications Commission website for additional details.

After expressing my concern with the frequency of transmission, I was told other customers had the same concern. I suggested that We Energies could stand to be the hero in the situation by taking a leadership role in this controversial issue and having the meters programmed to transmit the same information once or twice a day rather than every few seconds. We Energies would still get the information conveniently, and energy customers would feel more comfortable with the radiofrequency pulse being transmitted in their living space. I offered to speak directly with the manufacturer or initiate a letter campaign, anything that would be helpful.

The project manager said We Energies had checked with the manufacturer about changing the frequency of transmission in the past without success but that he was not sure to what degree the manufacturer investigated the possibility. He agreed to look into it further and let me know what he found out; in the meantime, my meter installation was to remain on hold. 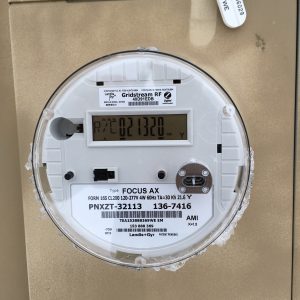 Maybe I am naive, but I did not think it would be a deal breaker or that difficult in this technological age to program a digital meter to transmit less often. Everyone could benefit from this unavoidable arrangement with just a little attention to consumer demand.

Health concerns aside, I still can’t understand why a power company would need to monitor energy usage every few seconds. I’m old enough to remember a time when a meter reader would come on foot and record energy usage once a month. Sure, remote transmission could be helpful to report an outage, but if my power is interrupted (as it has been a few times in years past), I pick up a landline phone and call the energy company’s outage hotline.

To the credit of the We Energies project manager, he contacted the manufacturer of the smart meter to assess the possibility of limiting radiofrequency transmission. I received an email response from him Jan. 22 that said:

I did hear back from the manufacturer, Landis & Gyr. They basically said the meter is built and designed to work as a mesh network. Our local group has not experimented with removing one meter from the mesh. The national support group recommended not removing any meters from the mesh because it could cause issues with the mesh network. The short answer was it was too risky to try anything that could impact the network. We are bringing in nearly 2 million reads a day, and any glitch in network performance could impact outage detection and billing reads.

So that is that. The needs of the establishment outweigh the concerns of the consumer.

Without any other means to stop this electromagnetic storm from attaching itself to the exterior of our home, I resigned to its installation and waited to measure the effects.

The new meter arrived Jan. 29. True to my expectations, it transmitted brief bursts of radiofrequency radiation that are stronger than the emissions from the previous digital meter. I can now measure the radiation significantly further into the interior of our home, with each millisecond pulse occurring every few seconds.

But that’s not the end of the story; I still had one trick up my sleeve. After an email exchange with Charles Keen of EMF Services (author of the afterword of my book), I learned of his research testing different methods of shielding radiofrequency transmission from smart meters.

Charles employed two strategies. One was a steel mesh shield that can easily be placed over the smart meter, blunting radiation enough to lower exposure but not enough to prevent data transmission to other meters. The second, and somewhat more involved, strategy was to place shielding material on the interior wall where the smart meter is installed. Both strategies worked well, and the highest efficacy was achieved with their combined use, though the steel mesh placed directly over the meter was the more helpful of the two. 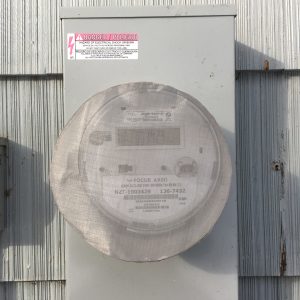 If you can’t opt out of smart meter installation or already have one on your property, your options are limited. Hopefully the meter is nowhere close to a space that you frequently occupy. If you aren’t sure whether shielding is necessary, consider purchasing a radiofrequency meter to test how far into your home or office the radiation is of significance. Perhaps shielding is not necessary, but if you are trying to minimize risk, a smart meter cover is an inexpensive option that is easy to install. Shielding the interior of your home is another possibility.

The peer-reviewed research that I referenced in “Cancer and EMF Radiation” pertains to lower frequencies of 3G and 4G (third- and fourth-generation) technology. I have not identified any long-term studies on exposure to the higher 5G frequencies now blanketing our homes and offices through phased-array cell towers and some smart meters. Although I have strived to make a compelling argument that radiofrequency radiation is carcinogenic, we can’t yet draw any conclusions about whether 5G frequencies are demonstrably better or worse for our well-being.

This deeply concerns me—to be a human lab rat in a widespread experiment with untested technology. As an individual healing from cancer, I will continue to diligently avoid exposure to radiation-emitting technologies. My opinion on the matter is best summed up with the following quote from the conclusion of my book:

Perhaps EMF exposure is a drop in the bucket in a world swimming in a chemical sea of carcinogens, but I predict time will expose EMFs to be as significant a carcinogenic factor as smoking. With vested interests poised in a lockstep march into an increasingly technological world, it is up to you, the individual, to exercise caution and safeguard the health and well-being of your family.