The Cause of Cancer

I’m always surprised when thought leaders in mainstream oncology claim uncertainty as to the cause of cancer. The answer is quite straightforward—perhaps not simple, but unambiguous despite the complexity of the factors involved in the etiology of cancer.

The confusion surrounding this question stems from the notion that cancer is derived from a genetic defect. This is true, but to be satisfied with this answer distracts from the more important question of what causes mutagenesis?

The red herring answer is that a random mutation gives rise to a precancerous cell. Left unchecked by the immune system, a nest of rogue cells grows until a massive tumor metastasizes and claims the life of the “unlucky” patient.  If the cause of the mutation was truly random, then we could speak in terms of luck regarding who develops cancer and who does not.

Perhaps these mishaps of genetics will occur in everyone if they live long enough, a consequence of the aging process. This is a partial truth that points to the underlying cause of mutagenesis. 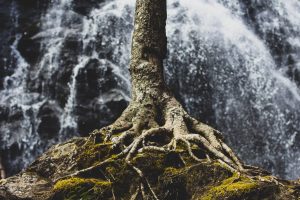 In short, the cause of cancer is carcinogens. Anything that challenges the body through oxidative stress, or through direct damage to DNA, has the potential to kick-start the formation of tumors. Genetic predispositions may explain susceptibilities to certain kinds of cancer, but the expression of those cancers is caused by environmental triggers in the majority of cases. Genes load the gun, but environment pulls the trigger.

The term carcinogen is a broad category that includes infections, according to criteria set by the U.S. National Toxicology Program. Between chemical and microbial carcinogens as well as other external factors such as diet and lifestyle, the majority of all cancers (up to 90%) are epigenetic in nature, stemming from an interaction of genes and environment. Knowing this changes the conversation from blaming faulty genes to learning what carcinogens we are being exposed to and how we can avoid or counteract their damaging effects. This is the purview of environmental medicine.

The reason why cancer is more prominent in the elderly population is because older people generally have had longer and broader exposure to carcinogens. Sadly childhood cancers are on the rise, implicating an increase in the number and potency of environmental carcinogens.

Sometimes the virulence of the carcinogen is such that genetic predisposition is a minor factor, such as cigarette smoking and radon exposure with lung cancer incidence. Prolonged exposure to either or both of these carcinogens greatly increases the propensity of a lung cancer diagnosis irrespective of genetic resilience. Yes, there are those who can smoke a pack a day for 40 years and never get lung cancer, but they are the exception rather than the rule.

If carcinogens cause cancer, what can we infer about the trajectory of cancer incidence if increasing pollution outpaces our evolutionary ability to adapt?