Breathe. Is your inhalation and exhalation soft, slow, and even? Is it calm, almost imperceptible?

Each breath should travel through the nose, which warms and regulates airflow into our lungs. Mouth breathing causes over-breathing and excess carbon dioxide loss. Even while exercising, we should strive to breathe as calmly as possible through the nose. 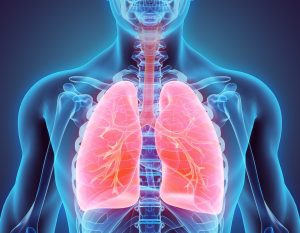 The main muscle that controls respiration is the diaphragm, located on the bottom surface of the lungs. During inhalation, the diaphragm drops down, creating space for the lungs to expand, before rising up to push air back out as the lungs contract. During slow and controlled belly breathing, the action of the navel rising and falling moves the intestines out of the way so the diaphragm can operate efficiently. Watch a healthy baby sleep, and you will see relaxed, slow, even belly breathing.

Chronic respiratory conditions often lead to breathing from the chest and neck. The intercostal muscles between the ribs work in concert with the scalene muscles in front of the neck, acting as accessory muscles of respiration. Over time, these muscles become tight, resulting in chronic neck pain and stiffness. The solution is to bring the focus back to the abdomen through regular periods of mindful belly breathing. Inhaling and exhaling softly through the nose and watching the belly rise and fall help reinforce a proper breathing pattern.

One of the consequences of mouth breathing is an imbalance in oxygen and carbon dioxide. Respiration is optimized with an ideal ratio of these molecules, mathematically graphed as the oxygen-hemoglobin dissociation curve. Under-breathing (a lack of inhalation) leads to oxygen deprivation, and over-breathing (too much exhalation) results in loss of carbon dioxide. In a state of insufficient carbon dioxide, oxygen becomes more tightly bound to hemoglobin. The sweet spot on this curve results in the most efficient pickup and delivery of oxygen, or oxygen saturation, via the hemoglobin in red blood cells.

If you breathe through your mouth during the day or while you sleep, over-breathing becomes the norm and is considered a low-level form of hyperventilation. This subtle form of hyperventilation depletes just enough carbon dioxide to shift your body’s usage of oxygen toward a less efficient state. Breathing this way over the course of months or years leads to a chronic oxygen debt that may underly chronic lung disorders such as asthma and chronic obstructive pulmonary disorder (COPD).

The factors that contribute to mouth breathing are many. Obstructive sleep apnea in an overweight individual is one such example. A number of orthodontic conditions—stemming from poor nutrition during fetal development—render the sinuses shallow, making nose breathing less efficient. Chronic sinusitis also obstructs airways.

Whatever the cause, the habit of chronic over-breathing is formally diagnosed as a breathing pattern disorder. This concept was clinically introduced by Ukrainian physician Dr. Konstantin Buteyko in the 1950s. Dr. Buteyko posited that chronic low-grade hyperventilation leads to lowered levels of carbon dioxide in the blood (hypocapnia). He theorized that this deficiency affects the acid-base balance in the body, resulting in a decrease in oxygen saturation in the body’s tissues. Dr. Buteyko linked this systemic oxygen deprivation to a number of health conditions, including problems of the nervous system.

It is unclear what comes first, the breathing problem or the breathing pattern disorder. Proponents of the Buteyko method claim that over-breathing is a major underlying factor to diseases, such as asthma and COPD, and by learning to breathe properly, these diseases can be successfully treated. One study published in the The Medical Journal of Australia showed that the group practicing the Buteyko method had a statistically significant reduction in the use of asthma medication compared to the control group. 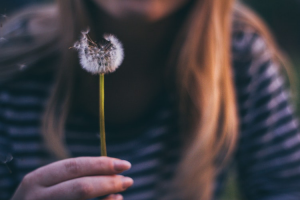 Whether the mechanism that Dr. Buteyko proposes is correct, research and clinical experience confirm the benefit of soft and controlled breathing. Traditional medicine agrees; the breathing practices of India, known as pranayama in the Ayurvedic tradition, teach that control over the body (and mind) can be achieved through proper, regulated breathing.

Try again. Breathe. Is your inhalation and exhalation soft, slow, and even? Is it calm, almost imperceptible?